A History of Wigs Part One

A History of Wigs in Two Parts
Part One

The word wig is short for Periwig and first appeared in the English language around 1675.
However, wigs have been worn throughout history and not just as a fashion item.
Looking through history we can see that wigs were worn to demonstrate wealth and importance, besides having a more practical purpose as protection against lice or inclement weather.
Wigs were worn in society, to impress acquaintances, and in wars to impress the enemy....

It would seem that from very early times human beings have shown an almost obsessive interest in hair. 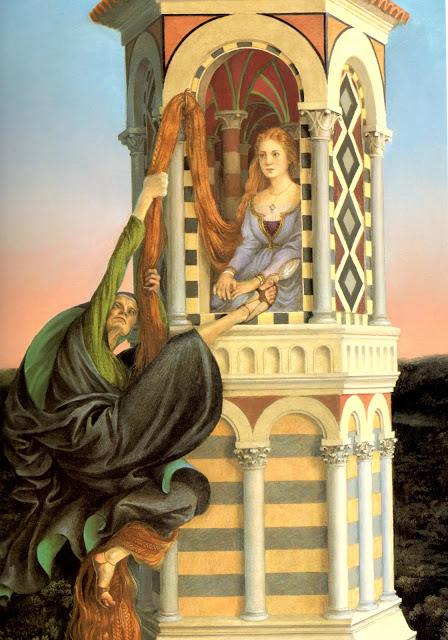 Throughout the centuries tales have been told and written about hair - growing it, or cutting it.

Rapunzel used her long hair to win herself a prince; Delilah rendered Samson powerless by cutting off his hair. 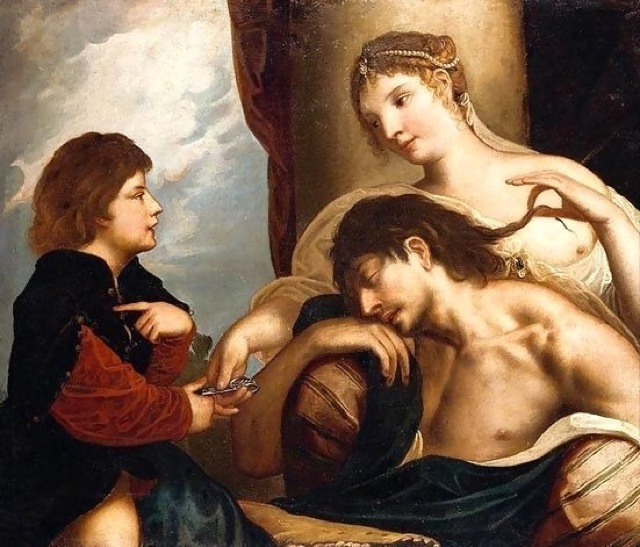 In ancient Greece, natural hair was viewed as sacred.
In fact, Greeks would often hang the hair of the dead on their doors before the burial, and mourners would cut their own hair to place on the corpse.

Early Roman women, like other ancient peoples, thought hair was sacred, and washing and cutting it was a ceremonial process.
In high society women could wear the most elaborate hair arrangements in accordance with the latest fashions.
Jewellery and hair were the two things through which women could really demonstrate their worth and social standing.
They would wear ribbons and other ties in their hair called Vittae and Fasciae.
These could actually be wound around the whole body and act as a sort of corset.
The tendency was to follow Greek styles. 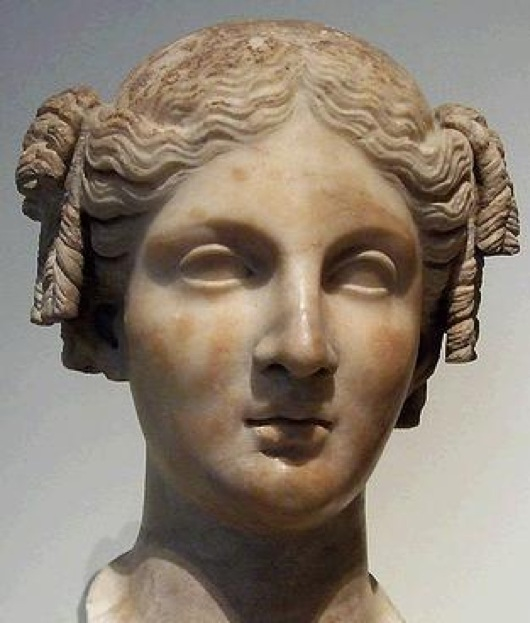 Wealthy women wore ornate piles of curls on the tops of their heads, shaped around wire frames.
These elaborate styles were created by slaves, often with the aid of crude curling irons.
Having gold dust sprinkled among the strands was a definite status symbol.
Equally popular were blonde hairpieces which were made from the hair of captive slaves. A woman’s attractiveness depended on the way her hair was styled. 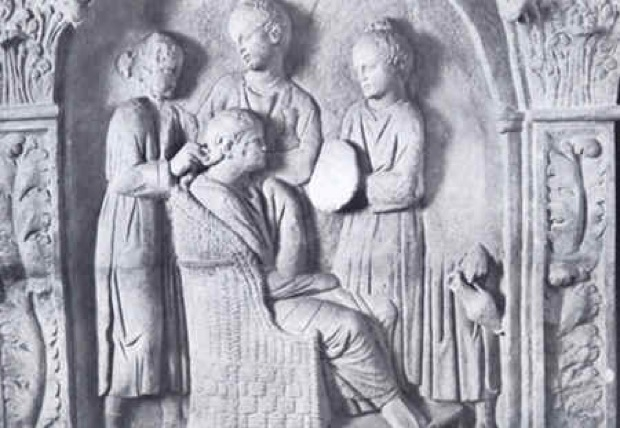 Slaves who worked as hairdressers were called Omatrices; their job was to dress and arrange their owner’s hair and to pick out any grey hairs.

The ancient Egyptians wore wigs to shield their hairless heads from the sun and for ceremonial occasions.
Egyptian artefacts, carvings and wall paintings on ancient tombs reveal that wigs were very common. 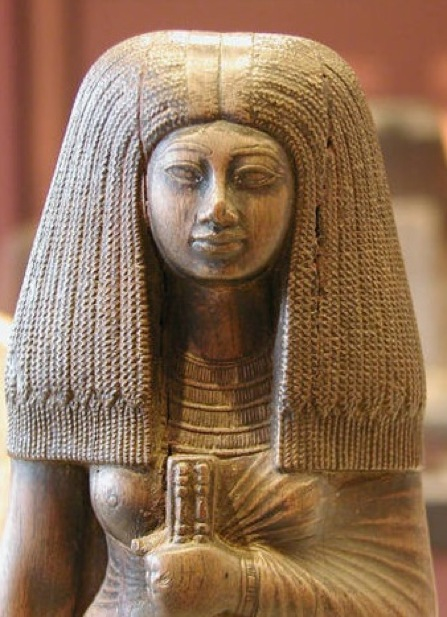 Most Egyptians found it easier to shave their hair than to keep it clean and free of pests in the hot Egyptian sun.
However, because Egyptians did not think looking bald was aesthetically pleasing, most Egyptians, except for priests and labourers, donned a wide variety of wigs.
Wigs did not try to simulate real hair, and typically consisted of assorted sizes of braids set with beeswax or something similar, creating a rather stiff feel.
While all classes wore wigs, wigs also served as a class barrier, and it was not unusual for upper-class women to own several large, decorative wigs in different styles.
The most expensive wigs were made of human hair, but they could also be made from wool or palm leaf fibres, or even pure silver.
Only noble women could wear long wigs that were separated into three parts, called a “goddress”.
While dark brown hair was sometimes worn, wigs were also dyed various colours such as red, blue, and green. 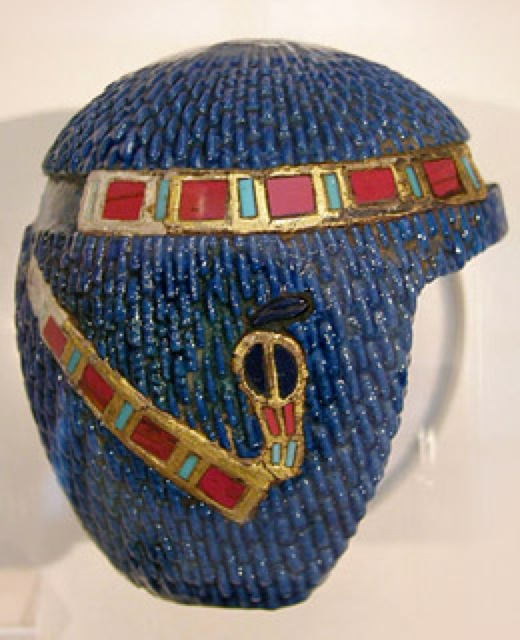 Wigs for all classes were typically well ventilated, but they could be uncomfortable indoors.
As a remedy, cakes of perfumed wax were placed on wigs, in which the melting wax was supposed to provide a cooling effect.
Wigs were also carefully cared for with vegetable and animal oils and were washed regularly and scented with flower petals or cinnamon.
Because Egyptians felt that wigs would continue to be symbols of affluence and importance in the afterlife, they were often buried with their wigs.

ANCIENT GREEK AND ROMAN WIGS
While Greek hair tended to look more natural, wigs were also commonplace.
The Great Carthaginian General Hannibal (247-183 B.C.), for example, is credited with having two types of wigs: one to improve his appearance and one to disguise himself in battle. 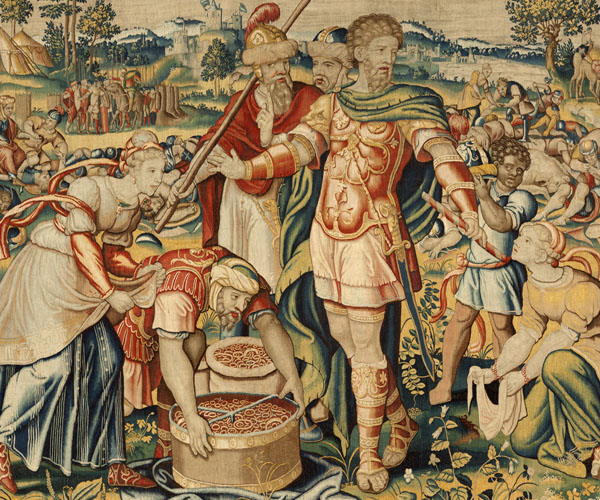 Famous for her many yellow wigs, the Roman Empress Messalina (A.D. 17-48) would wear them on her nightly visits to a brothel.
Roman prostitutes, in fact, were not only licensed and taxed, but they were also compelled to wear a yellow wig or dye their hair yellow as a badge of their profession. 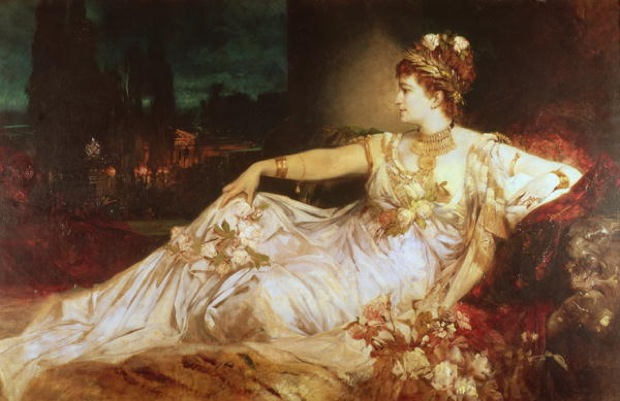 This may have caused confusion later when virtuous Roman matrons decided that yellow hair was the fashionable colour and would wear blonde wigs (made from the hair of German slaves) or bleach their hair.

Faustina the Elder (A.D. 100-141) was said to have worn at least three hundred wigs, while Caligula (A.D. 12-41) was fond of a large capillameus, a full wig.
Sometimes bald Romans, both men and women, would paint hair on their heads rather than wear a wig.
Wigs continued to be worn after Rome became Christian (A.D. 313), but the Church did not hesitate to criticize this as a mortal sin. Cyprian, for example, is said to have declared that “adultery is a grievous sin, but she who wears false hair is guilty of a greater.” Clement of Alexandria declared that when wig wearers were blessed, the blessing would remain on the wig and not go to the wearer.

THE RISE AND FALL OF THE WIG

During much of the Middle Ages, a married woman’s hair was covered, and wigs in general declined in popularity.
Though wigs were not in common use, if they were worn at all the Church condemned them throughout the Middle Ages as badges of the devil. 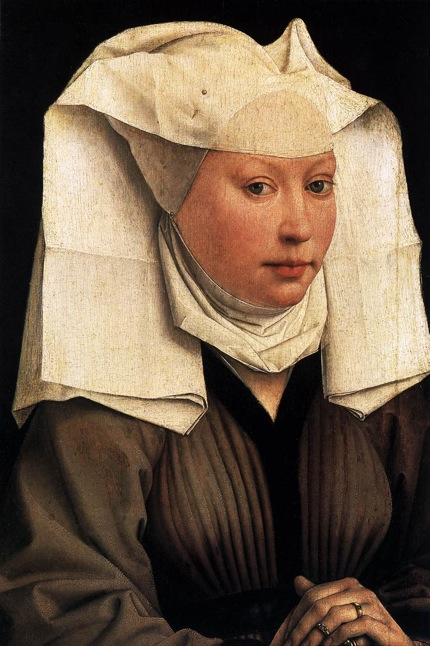 By the fifteenth century, men occasionally wore wigs to conceal their hair loss and, in 1450, merkins (pubic wigs) made their debut as a device to cover syphilitic pustules and gonorrheal warts.

In the 16th century a wig would usually have been worn as a means of compensating for hair loss or improving one's personal appearance.
Wigs also served a practical purpose: the unhygienic conditions of the time meant that hair attracted head lice, a problem that could be much reduced if natural hair were shaved and replaced with a more easily de-loused artificial hairpiece.
In 1520, Henry the VIII’s royal treasury paid out twenty shillings “for a perwyke for Sexton, the king’s fool.”
It is generally thought that Henry the III of France (1574-89) renewed the fashion for wigs when he began to wear a curled one to disguise his thinning hair.
By the end of the sixteenth century, a great deal of false hair was used in Europe, and by the beginning of Queen Elizabeth’s reign (1558), wigs were becoming an indispensable part of a lady’s wardrobe and increasingly popular with men. 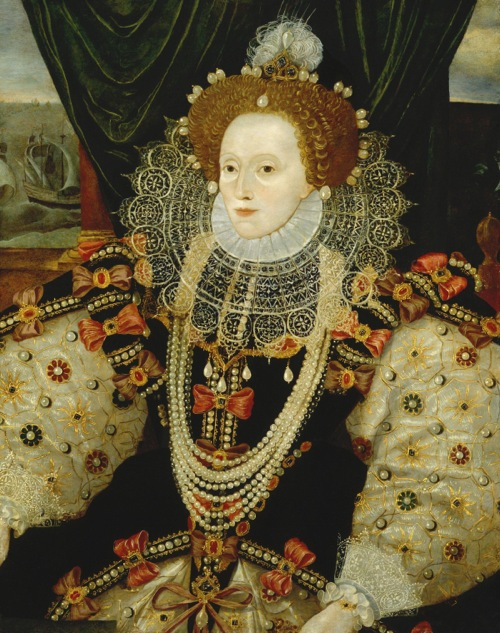 In England, women’s wigs were often dyed red as a compliment to Queen Elizabeth, who had natural red hair (and at least 80 wigs!)


Marguerite de Valois (1553-1615),Queen of France in the last part of the century, preferred golden hair; she is rumoured to have kept blonde servants to provide hair for her many wigs. 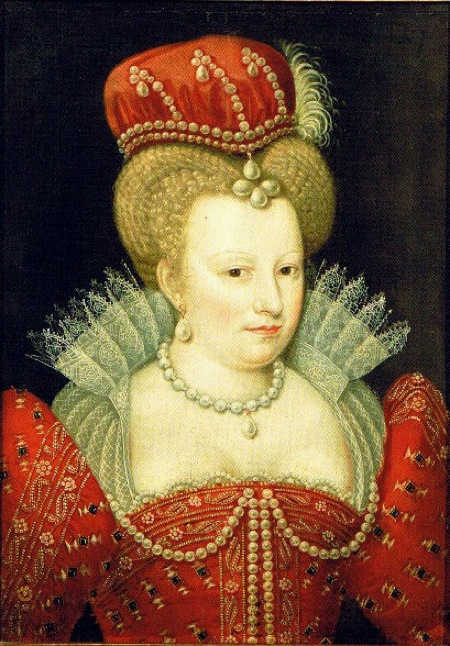 THE SEVENTEENTH CENTURY The seventeenth century was one of dramatic change for men.
Though the Puritan Parliament faction (called “Roundheads” for their short, sombre haircuts) railed against wigs, and some Puritan pastors even refused to allow anyone wearing a wig into the church, this century eventually saw the widespread use of wigs for men for the first time since the days of the ancient Egyptians. 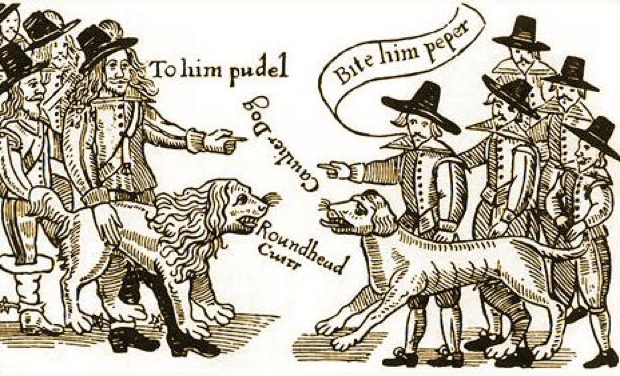