I have always collected what I think are interesting things.

My father took me to Upper Gardener Street in Brighton when I was a child, and there I was able to see all kinds of fascinating castoff objects piled up on stalls.
It was possible to buy books for a penny or two, which meant that I could be a real customer as I had a threepenny piece every week for pocket-money. 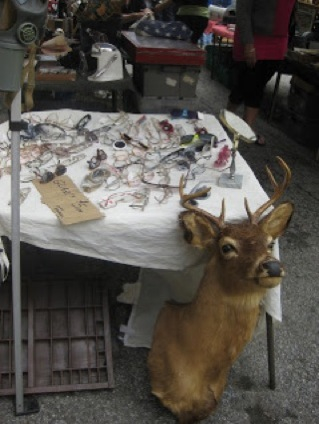 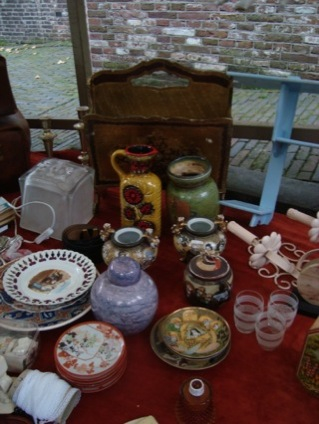 There were bags of mixed beads which I could thread into necklaces, framed paintings, china ornaments, fusty old clothes, ancient saucepans, armchairs and curtains, clocks and clockwork toys and umbrellas, all kinds of treasures. 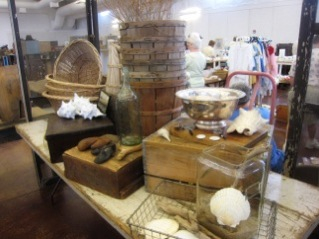 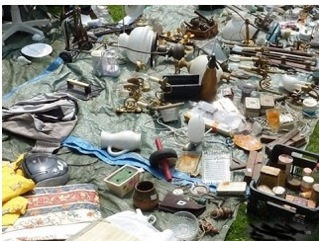 When I was on vacation from college I would always head like a homing pigeon for "Funny Street", which was our childish name for it, and return triumphant with a bargain or two.

Once I saw three strange honey-brown tray-like objects which I thought ( quite wrongly ) might be turtle-shells. 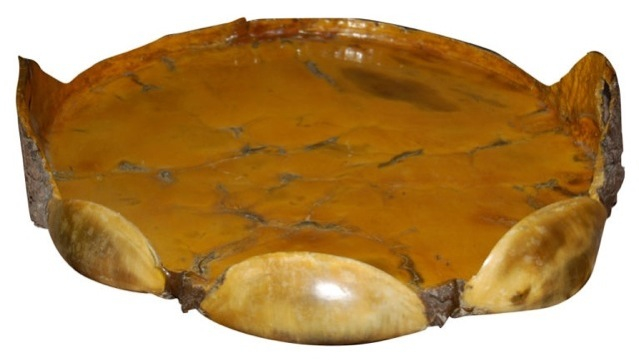 I only owned two shillings at the time, so could not buy all three, but I managed to persuade the stall-owner to let me have two of them. (Quite a bargain at one shilling each! )

They were in fact elephants-feet.
You can see from the photo that elephants, like human beings, have five 'toenails/fingernails' on each limb.
They walk on a thick honey-coloured pad of keratin, the material of which toenails are made.
Underneath the keratin is a layer of very hard hide. 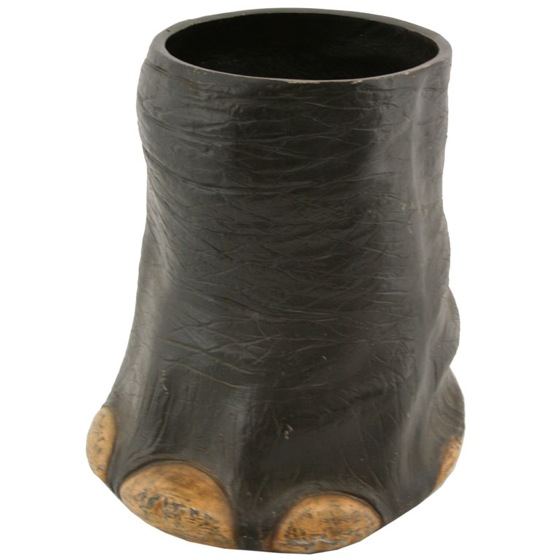 In all my nativity plays (when I was a young teacher we had biblical nativity plays, minus spacemen,octopi and other inaccuracies ) the african king carried a huge lump of 'gold' on an elephant-foot tray... 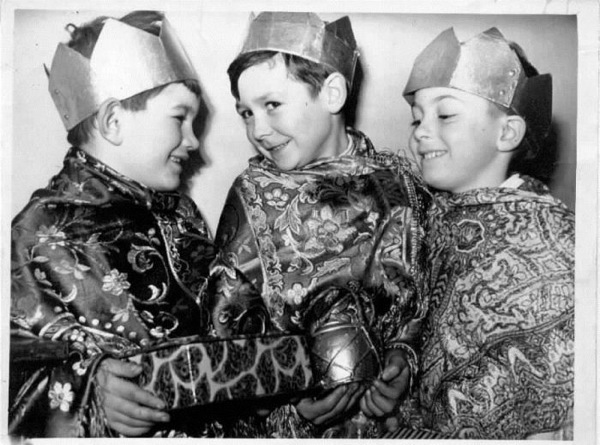 Much better than the usual foil-covered cardboard boxes, I thought...

Here I must say that I would, indeed could, never kill an animal, either for sport or food; but these were historical relics and I have other creatures on my walls; a leopard head, two blackbucks, a turtle and an alligator called Alf who was found hanging from the ceiling in Alfriston, a Sussex village. 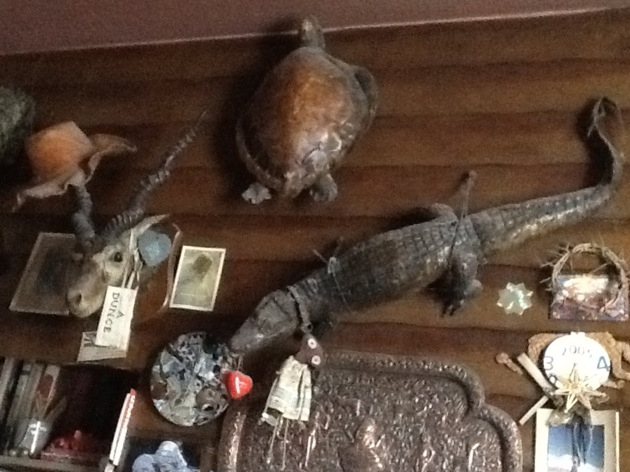 Just as slavery was accepted, even approved, by 'good christian folk', so the shooting of beautiful animals for fun was part of Victorian social life.
Indeed, Edward VIII spent many happy hours using tigers for target practice.
As we see below.

'Everybody' did it, if they were part of the right social circles.

I cannot offer any explanation, let alone excuse, for my collection of stuffed and dessicated creatures.
At least I didnt have one of these! 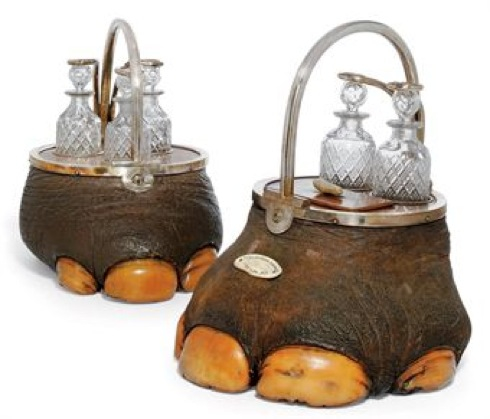 Many years ago a motor-cyclist was involved in a collision outside my house.

He was brought into my house, uninjured but very shaken, and laid on my sofa.
When he was somewhat recovered and drinking hot sweet tea, he suddenly sat up and looked around him at my mixed collection of interesting objects, including Alf and the blackbucks.

"Blimey!" He said. "Its just like the Old Kent Road in here!"

I was very lucky to be married to a wonderfully tolerant man.
However, when I asked him to bring home some six-foot wide buffalo horns ( now in the attic ) he did promise that the next head on the front-room wall would be mine!

All of this is the introduction to one of Harry Graham's RUTHLESS RHYMES!
It is from a book entitled "When Grandmama Fell off the Boat." 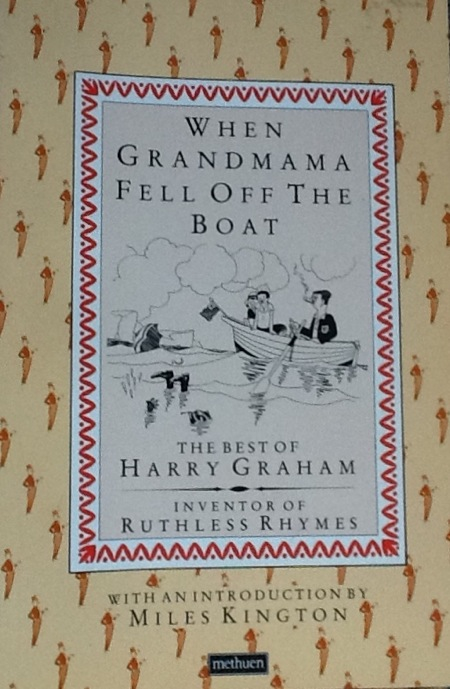 Harry Graham was well-known for writing light verse and lyrics for musicals and plays.
His daughter Virginia, herself a long-term contributor to Punch, writes in the foreword to the book:
"On reading these verses, most of which are in the worst possible taste, it is hard to believe that their author was the most gentle and amiable man imaginable.
Obviously, underlying his good nature there was a streak of cynicism, and yet I never saw my father cross nor heard him being sarcastic or unkind.
His mockery lacked malice since he could not help seeing the human race as droll rather than wicked."

The lover, in Edwardian times,
Whose heart had taken sev'ral tosses
Would rush to Equarorial climes
To shoot rhinoceroses;
His soul found solace in the cry
Of stricken hippopotami.

The swain whose lady proved unkind
Would fly from her capricious humours,
And creature comfort seek to find
In extirpating pumas;
His sense of misery he'd lose
When he had killed some kangaroos.

Alas! Our English youth today
Who never falls a slave to passion -
And, if he did, would not allay
His grief in such a fashion -
Unlike his am'rous forbears, lacks
The stimulus to slaughter yaks.

My Uncle Claud, in early life,
Adored Aunt Mabel blindly, madly.
Though, later, she became his wife,
She used him then so badly
That there was nothing he could do
But go and hunt for caribou.

Although she threatened to relent,
He brushed aside her lame excuses
And off to Canada he went,
In search of moose ( or mooses ),
To scour each prairie and plateau
For bison and for buffalo.

Now, in his house in Eaton Square,
Where he resides with dear Aunt Mabel,
The sporting trophies ev'rywhere,
On floor and wall and table,
Recall the days of long ago
When she persistently said "No!" 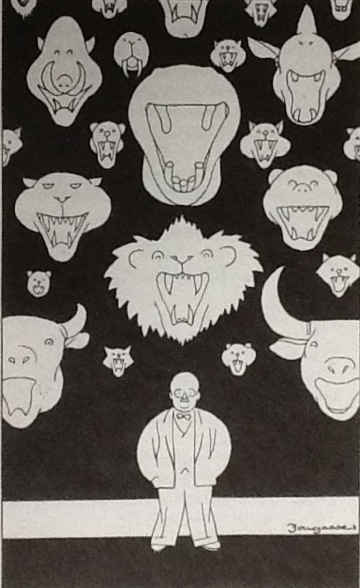 ( This illustration by Fougasse is in the book )

A splendid stuffed orang-outang
Within the dining-room is standing,
While herds of guilty chamois hang
Their heads on every landing,
And floors are strewn with crocodiles
That greet your feet with frozen smiles.

But though his skill with rod and gun
Congests my uncle's house with trophies,
He has, alas! an only son
Who such a perfect oaf is,
He takes no interest in sport,
Except the purely English sort.

A first-class shot, he loves to stride
Through turnips with his old retriever;
Most gallantly to hounds he'll ride
When hunting with the Belvoir;
His language, too, is of a kind
That leaves the Master's far behind!

And yet he seems much more inclined
Idly with dog and gun to potter
Than to pursue the carted hind
Or spear the drowning otter;
He somehow doesn't care a scrap
For shooting pigeons from a trap.

When hounds have run a fox to earth,
And someone digs it out and brains it,
He feels no tendency to mirth,
Or, if he does, restrains it;
And when he sees a rabbit coursed
His laughter is distinctly forced.

Though he was crossed in love, last fall,
And jilted by Lord Oxhed's daughter,
He did not hear the Tropics call,
Or feel the lust of slaughter;
He did not hasten East to shoot
A wombat or a bandicoot.

Compelled to sacrifice all hope
Of winning back his faithless charmer,
He never stalked an antelope,
A mountain-goat or llama;
Unlike his father, Uncle Claud,
He never even went abroad! 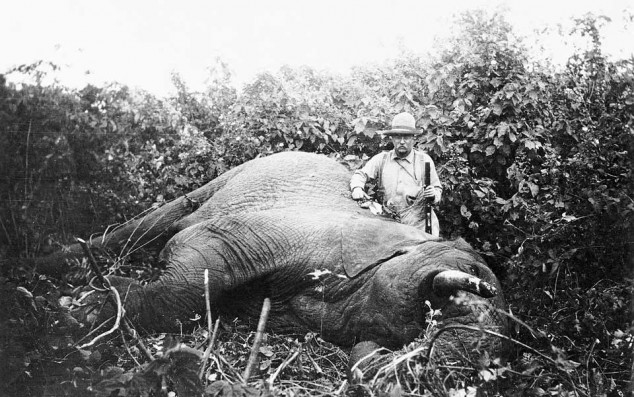 Theodore Roosevelt with one of his trophies.
Times change!

#1 KATHY Kane 2014-01-20 12:56
Not sure the world has changed that much, elephants still getting killed for their tusks and rhino for their horns. Beyond my understanding. Love your collection though, you can't have too much wall space left!!!
Refresh comments list