The History of Wigs Part Two

A HISTORY OF WIGS IN TWO PARTS

Periwigs for men were introduced into Europe when Charles II was restored to the throne in 1660.
The wigs worn at this time were shoulder-length or longer, imitating the long hair that had become fashionable among men since the 1620s. 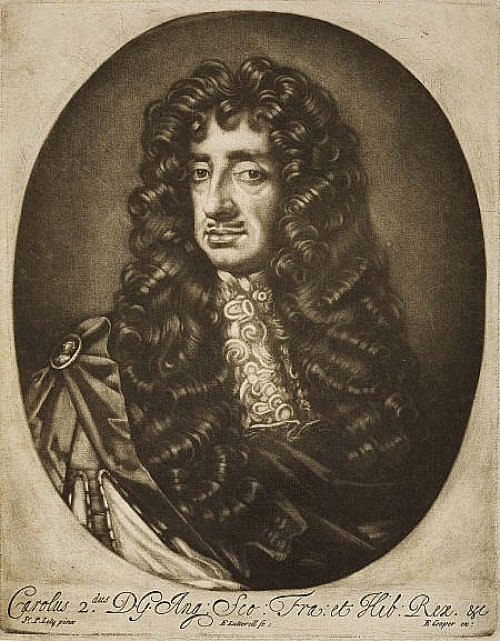 Everyone at court would follow the King's example.
With wigs becoming virtually obligatory wear for men of any significant social rank, wigmakers gained considerable prestige.

The first wigmakers' guild was established in France in 1665, a development soon copied elsewhere in Europe.
Their job was a skilled one, as 17th century wigs were extraordinarily elaborate, covering the back and shoulders and flowing down the chest; they were extremely heavy and often uncomfortable to wear.
They were extremely expensive to produce.

The best examples were made from natural human hair, although the hair of horses and goats was often used as a cheaper alternative.

French King Louis XIII wore a wig to conceal his baldness, and when King Louis XIV’s hair started to thin when he was 35, he shaved his head and wore a large wig. 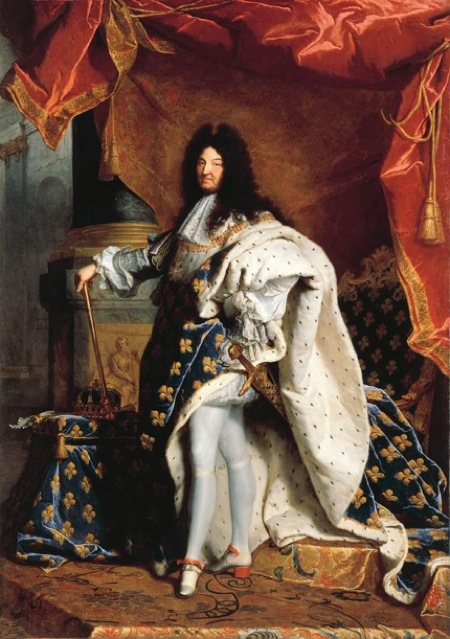 A really large one!

Later, in old age, Louis wore an enormous wig, thickly covered with perfumed and white powder.
Men and women (who were more likely to wear extensions), both old and young began to copy him as looking old became acceptable.
Louis also was said to have hired 40 wig makers and considered his wig so vital to his dignity that he never let anyone see him without it except his barber.
Whether or not he kept it on in bed for the benefit of his many mistresses, we do not know.

With long wigs, combs took on considerable importance, and it was considered properly fashionable to arrange the hair in public with large combs.
It was a social nicety, like taking snuff. 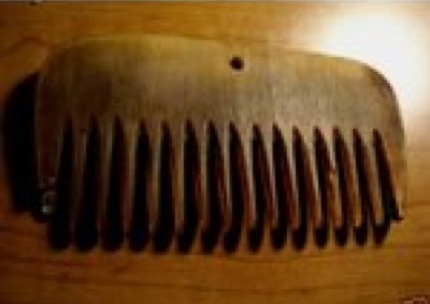 A rare example of a wig comb.
The Chambers Journal pointed out that “combing the wig” was appropriate when “the conversation slackened from a lack of ideas”.
For a man, a wig was the crowning glory of his appearance, and it was not unusual for him to spend hours arranging and powdering it, “beseeching the Winds to favour his delicate Friz."

Large wigs were considered an investment and were often left in wills, along with other valuables.

It was common to see wooden wig-stands in the entrance hall of aristocratic homes; male visitors would remove their wigs, rather as they might remove a hat, and replace them when they left.

Those who could not afford a wig dressed their own hair in curls to look as much as possible like a wig.


Wig making was so well established by the end of the seventeenth century, and wigs were so valued, that not surprisingly, wig thieves emerged, some specializing in robbing passengers in hackney coaches.
They would cut an opening on the back of the carriage while on horse back, grab the passenger's wig and disappear. 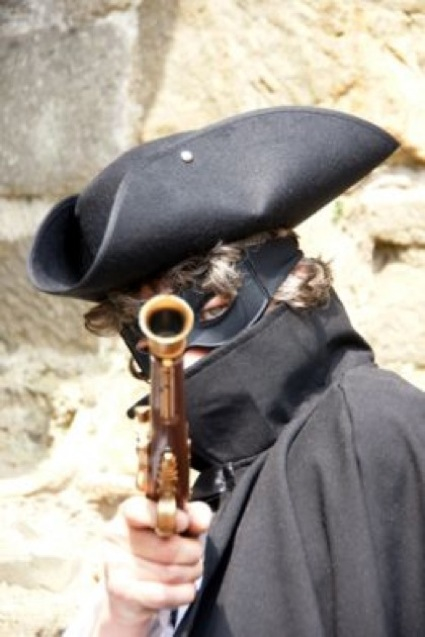 Wigs were worth their weight in gold!

This was a period when wigs became more and more extravagant.
They were very high, and difficult to wear.
Satirical cartoons appeared making fun of the enormous and elaborate creations which were worn in fashionable circles. 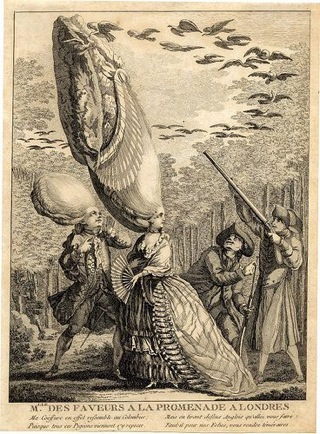 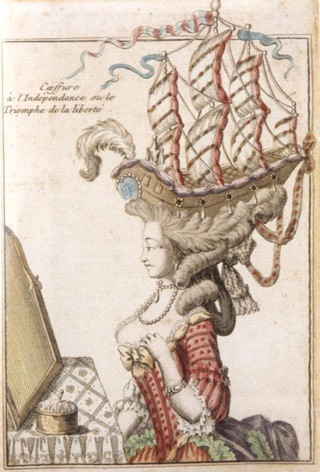 EIGHTEENTH CENTURY: COLOURED WIGS
In the 18th century, wigs were powdered in order to give them their distinctive white or off-white colour.
Wig powder was extremely expensive: it was occasionally coloured violet, blue, pink or yellow.

In 1715, there were even riots in Caen, France, resulting from the fact that, because of the cost of wig powder, badly needed flour for bread was being used by aristocrats to adorn their wigged heads. 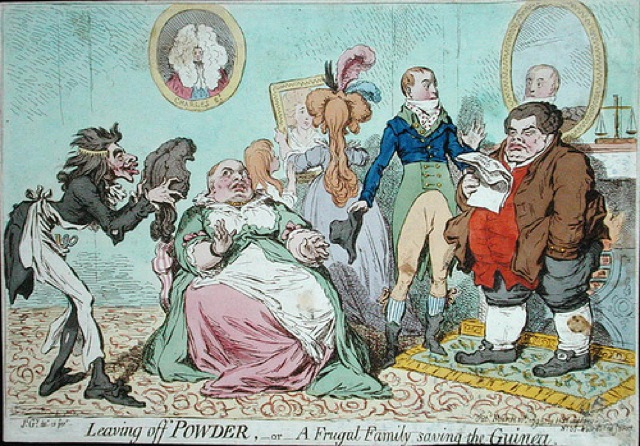 The death of Louis XIV in 1715, however, led to the decline of extravagant wigs and fashion began to favour less pretentious wigs.
There were also attempts to integrate wigs into a more natural hairline by combing and blending the natural front hair over the front edge of the wig.
Eventually these smaller partial wigs would develop into the toupee (French for “tuft of hair”).

By the 1760s, more men were wearing their own hair and, in 1765, worried wig makers in London asked the king to require men to wear wigs by law. 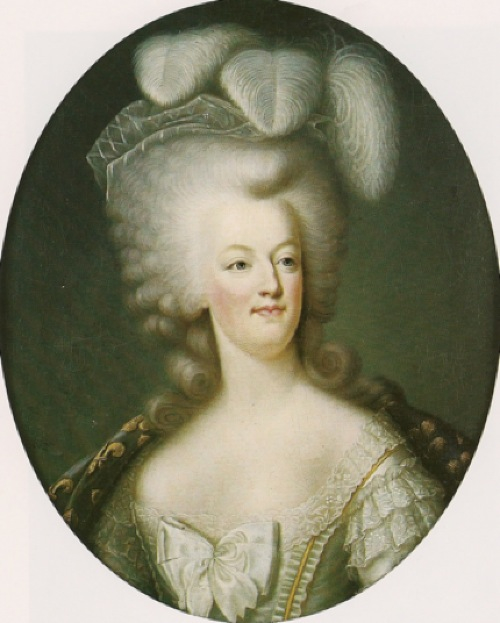 Here is Marie Antoinette, dressed and bewigged in the height of fashion.....
I cant say that the wig added to the beauty of her appearance!

This was the period of high fashion wig-wearing, and the craze was soon to diminish.
The final demise of the wig coincided with the French Revolution, as wigs were associated with the evils of the aristocracy.
However, wigs lingered for a while: in the nineteenth century they were sometimes worn, but mostly by elderly and conservative men.

Wigs have continued to be worn as a badge of authority in law.
The tradition of the seventeenth and eighteenth centuries' wigged barristers and judges lingered on in England as well as in several African countries such as Kenya and Ghana, once ruled by Britain. 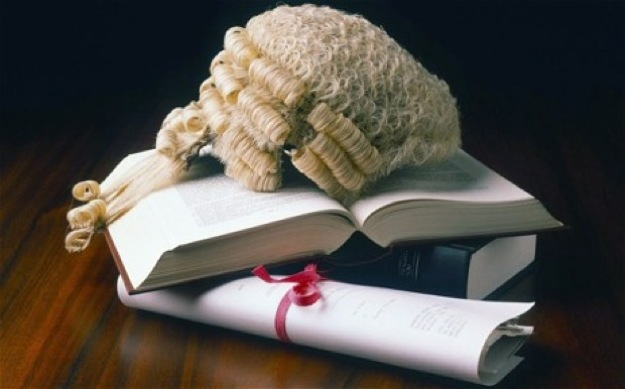 But outside the Law Courts, by the beginning of the nineteenth century, men’s hair was natural, unpowdered, and shorter, and soon facial hair was making a comeback. 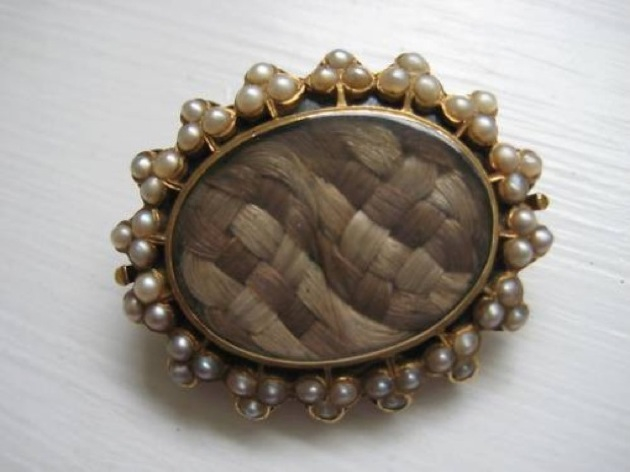 In Victorian times, it became fashionable to use a loved one's hair in brooches and woven into watch-straps, even after death.

In 1915, after a century out of the limelight, wigs made a comeback when the hair stylist Carita designed coloured wigs for Givenchy’s models as a gimmick for a Paris fashion show.
They were visually striking.
Many designers followed this trend, and when Life magazine reported the story, wigs began to lose their stigma.
The fad for wigs grew in the late 1950s, and by 1963 the wig industry was once again well established. 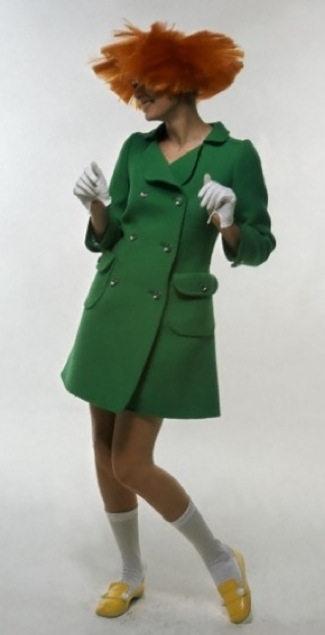 Wigs were worn for medical reasons, by movie stars, and for covering up "hair problems."
Many women found them incredibly convenient, simply dropping their wigs off at the hair dresser and picking them up later.
It was even possible to buy a wig of bleached white human hair which could be tinted as often as a woman wanted with a temporary rinse.
In addition to full wigs, false hairpieces (sometimes called “wigbands,” or hair that was mounted on a band) were also popular.

Here are some famous film-stars' wig-blocks..... 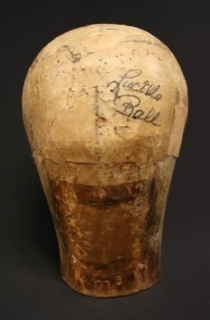 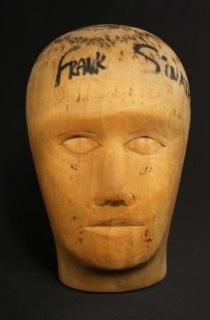 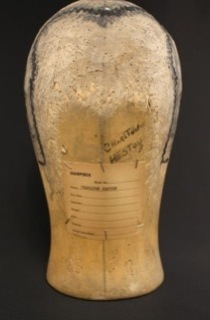 For the less wealthy and those who could not afford to buy the more expensive blonde wig, wigs even became available as “pay-as-you-wear.”

In 1964, the arrival of the Beatles and their modified fifteenth-century haircut set off a Beatles-wig craze.
I can well remember that my mother, like many slightly more than middle-aged women, admired the Beatles for their neat hair-styles! 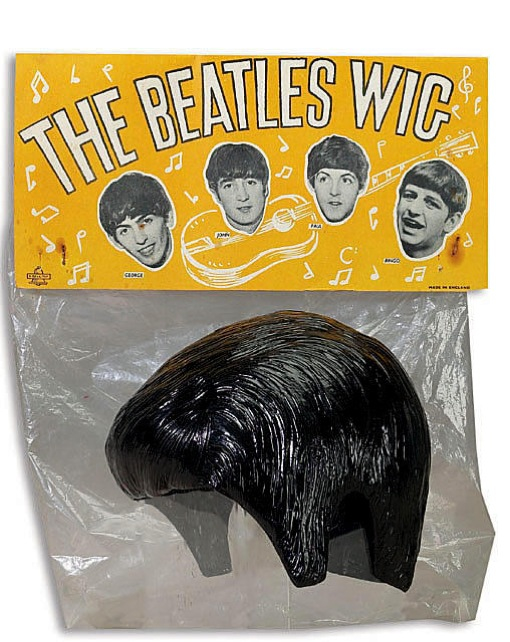 Men and women have never ceased to devote considerable time and attention to their hair, and today wigs continue to play a variety of roles in the twenty-first century.
Gone are the days when one would whip a slave for a crooked curl, and long gone are the times when only royalty and the social elite could afford the time and the money to maintain their hair in the latest fashion.

From high school girl experimentation with different styles to the traditional wigged English legislature, wigs are more popular and more affordable than ever.
Artificial hair continues to be big business and styles are limited only by the wearer’s imagination. 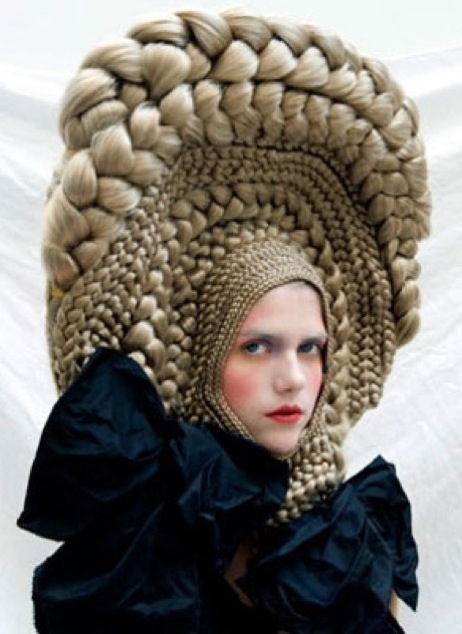 This is just so cute I felt obliged to end the article with it! 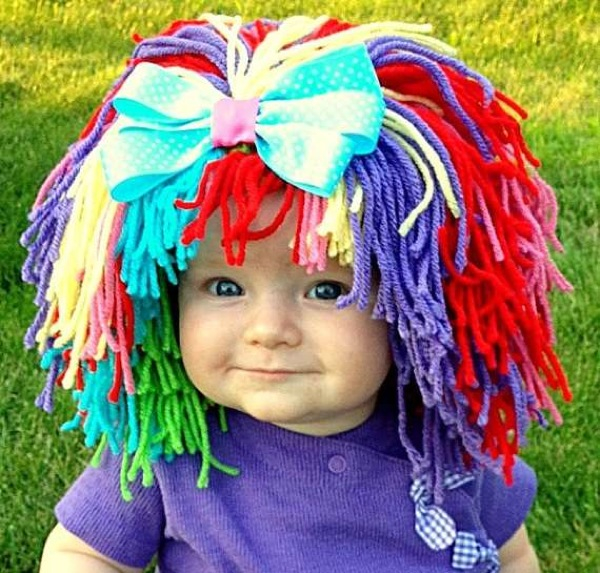