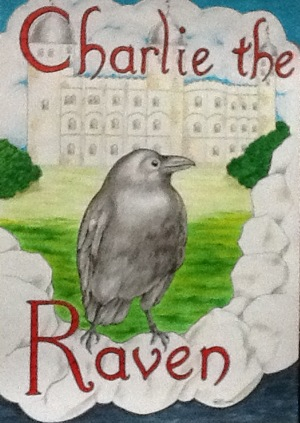 For some years I worked as a volunteer in the Education Department of the Tower of London. Several of the children in my little Sunday-school lived in the Tower,because their fathers were stationed there. I designed paper kits for use in lessons,for example costume dolls and jumping jacks,and I made story-boards. These were drawn on A3 paper,and were popular with visiting children. Perhaps my favourite tells the story of Charlie the Raven.
The first thing you need to know is that the story is absolutely true. You can buy a book about Charlie in the Tower gift-shop.
There are many theories about the reasons for the arrival of ravens at the Tower. Certainly they have been there for many years; most people know the prophecy,that if the ravens ever leave the Tower the Kingdom will fall. They have a diet of fruit, fresh meat and vitamin supplements: their flight feathers are clipped,they are named and wear a coloured ring on one leg,and they are faithful to their chosen mate.
One of the yeoman warders ,the Ravenmaster,is responsible for their care and has a special dark uniform. The ravens have roosting-boxes under the bridge in the moat: every night he sees that they are safely locked away. During the day they are free to fly,and visitors can go on a raven-hunt to find them,looking for their coloured rings. 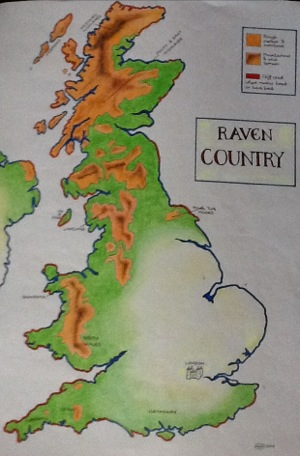 This map shows the areas where ravens are found today. They prefer rocky,open areas. On the Gower coast ravens can often be seen flying above the cliffs. This is where the story begins. 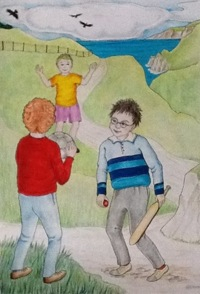 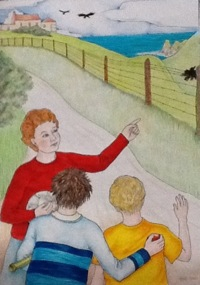 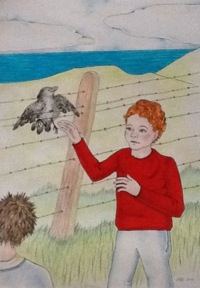 It was a warm,sunny day,and summer holidays were here.Three young boys decided to take bat and ball and play on the clifftop. They had not gone far when David saw something black caught on the barbed wire fence. At first he thought it was a plastic bag, but as he got nearer he realised, to his dismay, that it was a young raven who had flown into the wire and was unable to struggle free.
Very carefully David disentangled the frightened bird and cradled it in his arms. Luckily,the coastguards' cottage was not too far away,so the three boys knew where to go for help. 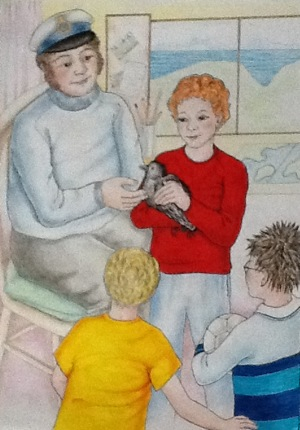 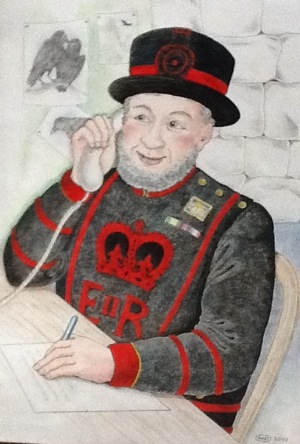 The coastguard was able to soothe and treat the injured raven. He reassured them,and promised to take care of the bird until it was quite well again. Best of all, he told them that he had a very good friend in London who was an expert ravenkeeper,and who was always willing to take a new one in. He was in fact the Ravenmaster in the Tower of London!
David was very pleased,but he came to see the young raven every day and was able to stroke him and talk to him. He was quite sad when the day came for Charlie(thats what they called the bird)to be put on the train for the long journey to London. 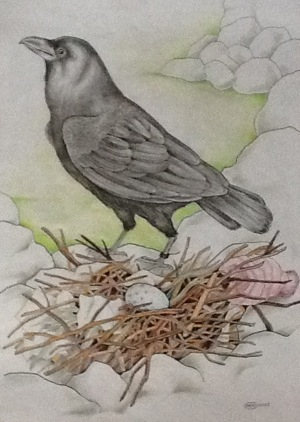 Charlie settled down very well in his new home. His flight feathers were clipped,and a ring was put on his leg. The Ravenmaster expected him to choose a mate and settle down. Imagine his surprise when Charlie began to collect sticks and all kinds of other things and build a nest- and finally, LAY AN EGG! Charlie was a lady raven! They decided to keep her name, and for a year or so she laid eggs and brought up babies. 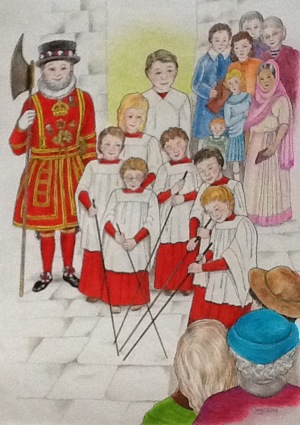 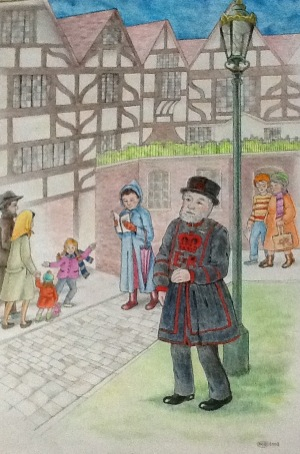 Every 3 years at the Tower there is a ceremony called Beating the Bounds, when the choirboys take canes and beat them on the ground to show where the boundaries of the parish are. Many churches do this every year; it is a very old tradition.
The Ravenmaster wanted all the ravens safe in their lodgings on such special days,and he was counting them all in when he found that Charlie was missing! He looked everywhere, but could not find her. He was almost on the point of giving up when he found her!
And you will never guess where! 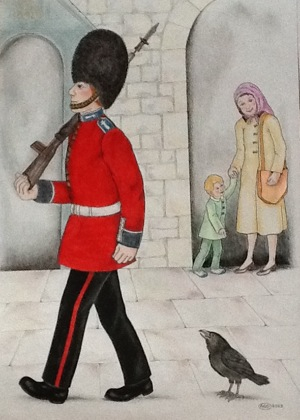 As the Ravenmaster made his way to the Chapel, he saw a strange sight. One of the sentries on duty was marching to and fro,and behind him,only a few feet away,was a raven. It was Charlie! She was closely behind him all the way! People were pointing and laughing at the strange sight.
Thankfully the Ravenmaster scooped Charlie up and took her off to bed.... 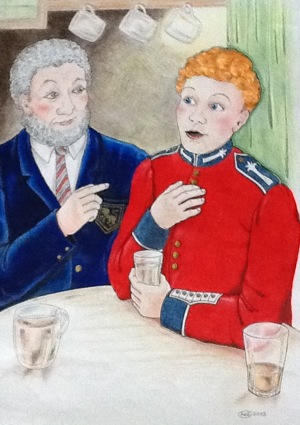 You may not know this,but inside the Tower of London it is like a cosy village. The families of the yeoman warders live in little houses,with flowers in pots at their front doors,and there is a clubhouse where people can meet for a drink in the evenings.
That evening the Ravenmaster was telling Charlie's story over a pint of beer. He told the sentry that the raven who had marched up and down behind him had come from Wales,where she had been injured and saved by a young boy.
The soldier looked shocked and amazed. He was that boy!
The sentry was David himself,now a grownup,and Charlie had remembered him!

I was assured by my friends in the Tower that this story is true!
Category: Writing