This category will hopefully provide a home for a wide variety of items. When I left school for college, my headmistress wrote:'She has been  involved in many aspects of school life:

it will be interesting to see which of these she eventually decides to develop'. I did not feel she meant to pay me a compliment!

Life is full of coincidences, some very minor, but occasionally – extraordinary.
Are they coincidences, or are we being given a glimpse of a vast inter-related Plan?

I have selected a few quite remarkable examples which seem to indicate that something other than casual chance is at work.

In 1883, Henry Ziegland broke off a relationship with his girlfriend who, in her distress, committed suicide.
The girl’s enraged brother hunted down Ziegland and shot him.
Believing he had killed Ziegland, the brother then took his own life.
In fact, however, Ziegland had not been killed.
The bullet had only grazed his face, lodging into a tree.
It was a narrow escape.

Years later, Ziegland decided to cut down the same tree, which still had the bullet in it.
The huge tree seemed so formidable that he decided to blow it up with dynamite.
The explosion propelled the bullet into Ziegland’s head, killing him instantly.

PREDICTION IN A NOVEL

Morgan Robertson, in 1898, wrote a novel called "Futility."
It describes the maiden voyage of a transatlantic luxury liner named the Titan.
Although it is said to be unsinkable, the ship strikes an iceberg and sinks with much loss of life.

In 1912 the Titanic, a transatlantic luxury liner widely advertised as unsinkable, struck an iceberg and sank with great loss of life on her maiden voyage.
In the book, the month of the wreck was April, the same as in the real event. 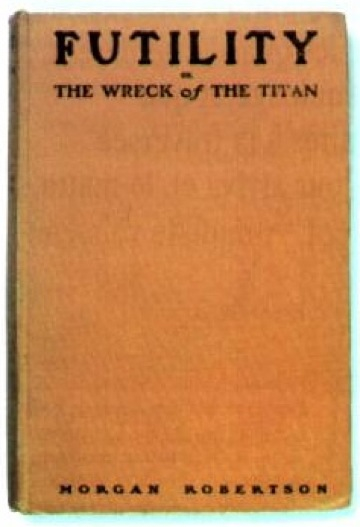 Some months after the Titanic sank, a tramp steamer was travelling through the foggy Atlantic with only a young boy on watch.
It came into his head that it had been thereabouts that the Titanic had sunk, and he was suddenly terrified by the thought of the name of his ship - the Titanian.

Panic-stricken, he sounded the warning.
The ship stopped, just in time: a huge iceberg loomed out of the fog directly in their path.
The Titanian was saved.

It seems that one of the best-known victorian authors may have had second sight. 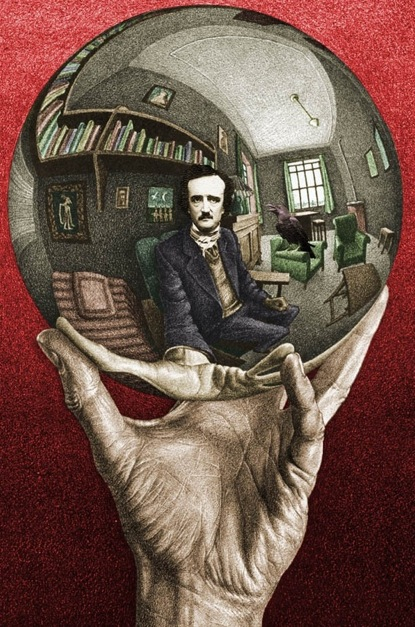 In the 19th century, the famous horror writer, Edgar Allan Poe, wrote a book called 'The narrative of Arthur Gordon Pym'.
It was about four survivors of a shipwreck who were in an open boat for many days before they decided to kill and eat the cabin boy, whose name was Richard Parker.

Some years later, in 1884, the yawl, Mignonette, foundered, with only four survivors, who were in an open boat for many days.
Eventually the three senior members of the crew killed and ate the cabin boy.
The name of the cabin boy was Richard Parker!

In September 1955, James Dean was killed in a horrific car accident whilst he was driving his Porsche sports car. 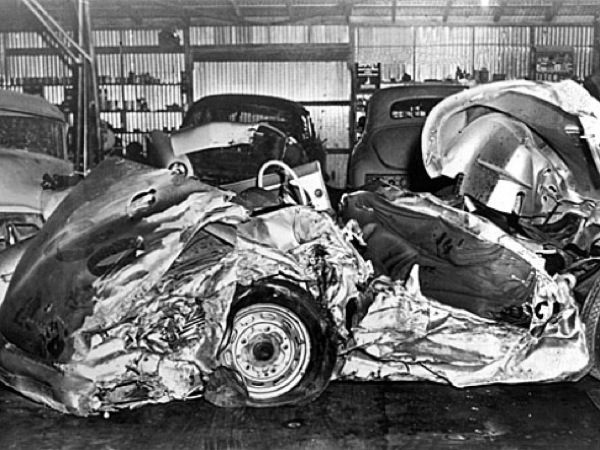 After the crash the car was seen as very unlucky.
a) When the car was towed away from accident scene and taken to a garage, the engine slipped out and fell onto a mechanic, shattering both of his legs.
b) Eventually the engine was bought by a doctor, who put it into his racing car and was killed shortly afterwards, during a race.
Another racing driver, in the same race, was killed in his car, which had James Dean's driveshaft fitted to it.
c) When James Dean's Porsche was later repaired, the garage it was in was destroyed by fire.
d) Later the car was displayed in Sacramento, but it fell off its mount and broke a teenager's hip.
e) In Oregon, the trailer that the car was mounted on slipped from its towbar and smashed through the front of a shop.
f) Finally, in 1959, the car mysteriously broke into 11 pieces while it was sitting on steel supports.

In Detroit sometime in the 1930s, a young (if incredibly careless) mother must have been eternally grateful to a man named Joseph Figlock.
As Figlock was walking down the street, the mother's baby fell from a high window on to Figlock.
The baby's fall was broken and both man and baby were unharmed.

This could be viewed as a stroke of luck on its own, but a year later, the very same baby fell from the very same window on to poor, unsuspecting Joseph Figlock as he was again passing beneath.
And again, they both survived the event. 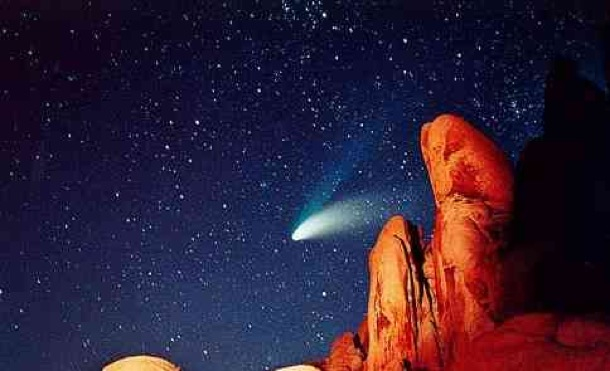 THREE STRANGERS WITH THE SAME NAMES
In the 1920s, three Englishman were travelling separately by train through Peru.
At the time of their introduction, they were the only three men in the railroad car.
Their introductions were more surprising than they could have imagined.

None were related in any way.

TWO MR BRYSONS
While on a business trip in the late 1950s, Mr. George D. Bryson stopped and registered at the Brown Hotel in Louisville, Kentucky.
After signing the register and being given his key to room 307, he stopped by the mail desk to see if any letters had arrived for him.
Indeed there was a letter, the mail girl told him, and handed him an envelope addressed to Mr. George D. Bryson, room 307.
This wouldn't have been so odd, except that the letter was not for him, but for room 307's previous occupant - another man named George D. Bryson.

In 1805, French writer Émile Deschamps was treated to some plum pudding by a stranger, Monsieur de Fortgibu.
Ten years later, he encountered plum pudding on the menu of a Paris restaurant, and wanted to order some, but the waiter told him the last dish had already been served to another customer, who turned out to be de Fortgibu.

Many years later in 1832 Émile Deschamps was at a diner, and was once again offered plum pudding. 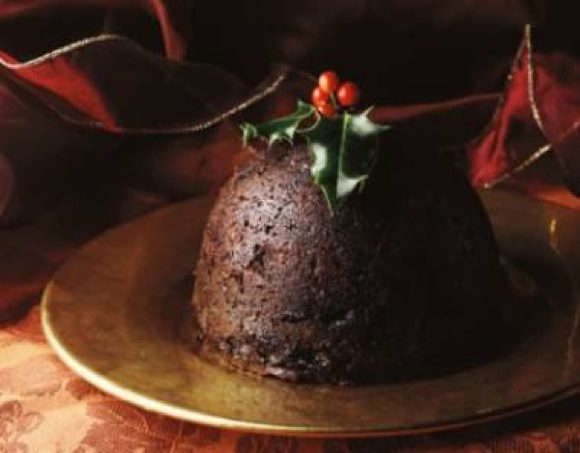 He recalled the earlier incident and told his friends that only de Fortgibu was missing to make the setting complete — and in the same instant the now senile de Fortgibu entered the room.

In 1973, actor Anthony Hopkins agreed to appear in “The Girl From Petrovka”, based on a novel by George Feifer.
Unable to find a copy of the book anywhere in London, Hopkins was surprised to discover one lying on a bench in a train station.
It turned out to be George Feifer’s own annotated (personal) copy, which Feifer had lent to a friend, and which had been stolen from his friend’s car.

The identical twin brothers, Jim Lewis and Jim Springer, were separated at birth, adopted by different families.
Unknown to each other, both families named the boys James.
Both James grew up not knowing of the other, yet both sought law-enforcement training, both had abilities in mechanical drawing and carpentry, and each had married women named Linda.
Both had sons, one of whom was named James Alan and the other James Allan.
The twin brothers also divorced their wives and married other women – both named Betty.
And they both owned dogs which they named Toy.

COINCIDENTAL DREAM
Carl Jung wrote this in his book, "The Structure and Dynamics of the Psyche":
“A young woman I was treating had, at a critical moment, a dream in which she was given a golden scarab.
While she was telling me this dream I sat with my back to the closed window.
Suddenly I heard a noise behind me, like a gentle tapping.
I turned round and saw a flying insect knocking against the window-pane from outside.
I opened the window and caught the creature in the air as it flew in. 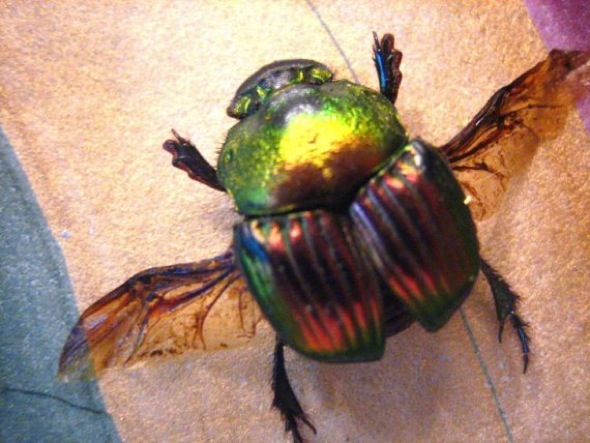 It was the nearest analogy to the golden scarab that one finds in our latitudes, a scarabaeid beetle, the common rose-chafer (Cetonia aurata) which contrary to its usual habits had evidently felt an urge to get into a dark room at this particular moment.
I must admit that nothing like it ever happened to me before or since, and that the dream of the patient has remained unique in my experience.” – Carl Jung

The late naturalist and artist Sir Peter Scott was a great believer in the Loch Ness monster as a real flesh and blood animal, so much so that he coined a new scientific Latin name for it, "Nessiteras rhombopteryx", meaning something like "the inhabitant of Ness with the diamond-shaped fins."
He was very pleased with the name he had invented until a journalist pointed out that an anagram of it is "Monster hoax by Sir Peter S."

A show on BBC2 a few years ago told the story of an AA driver who was walking past a phonebox in the middle of nowhere, when the phone began to ring.
On a whim, he answered, and was amazed to find he was talking to his dispatcher.
She had meant to ring his mobile, but had rung his staff number instead - which happened to be the phone number of the phone he was walking past.

An American man was charged at the same time with his son's murder and the attempted murder of his wife.
His son had leapt voluntarily from the top of the building in which his parents lived.
The son's descent from the roof to the pavement happened at a time when his parents were in the middle of an argument, and seeking to frighten his wife, the father picked up a shotgun and pointed it at her, thinking it was unloaded.
To annoy her even more, he pulled the trigger and discovered to his horror that it was in fact loaded.
Fortunately he missed his wife, but unfortunately the pellets went through the window and hit his son as he fell past their window and killed him before he hit the ground.

Both were particularly concerned with civil rights.
Both wives lost their children while living in the White House.

Both Presidents were shot on a Friday.
Both were shot in the head.

The most amazing coincidence I know of is this: in Bermuda in 1975 a man was hit and killed by a taxi while riding a moped.
Exactly one year later, to the day, his brother was also killed while riding the same moped.
By the same taxi.
Driven by the same driver.
Carrying the same passenger.

A German mother who photographed her infant son in 1914 left the film to be developed at a store in Strasbourg.
In those days some film plates were sold individually.
World War I broke out and unable to return to Strasbourg, the woman gave up the picture for lost.
Two years later she bought a film plate in Frankfurt, over 100 miles away, to take a picture of her little daughter.
When developed the film turned out to be a double exposure, with the picture of her daughter superimposed on the earlier picture of her son. 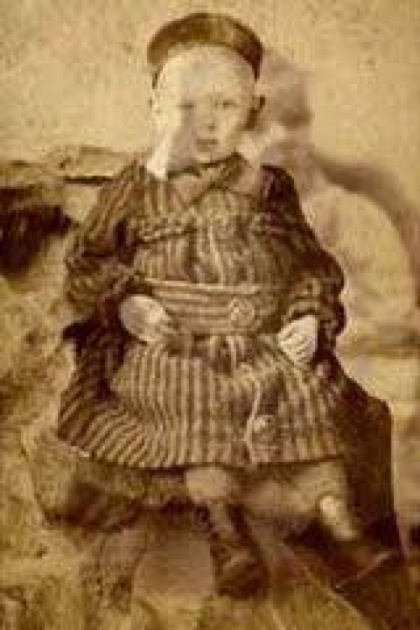 Through some incredible twist of fate, her original film, never developed, had been mislabeled as unused, and had eventually been resold to her

Our existence in this universe is by far the biggest coincidence of all time.
The odds are beyond calculation.
From the quadrillions of solar systems in the Universe, ours is still the only known one to support life. 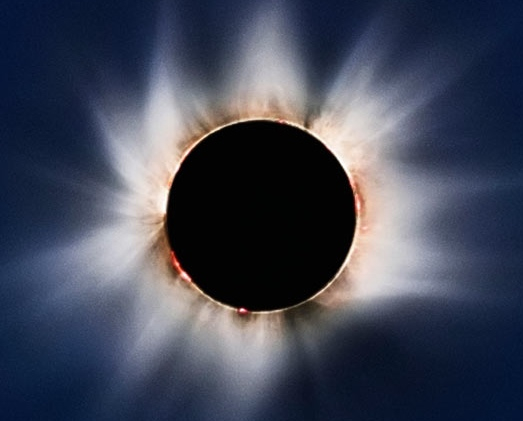 It does seem an amazing coincidence that the sun and the moon appear to be exactly the same size when viewed by a human being from the surface of the earth, thus allowing total solar eclipses to occur.
Category: Things I have found of interest