When I was a child, cleaning was done with soap or soda.
After washing up the dishes, there was a greasy ring round the bowl and the old butler sink.
My mother would use soda crystals in the washing-up water,and an abrasive powder called Pulvo to scrub all the grease away afterwards. 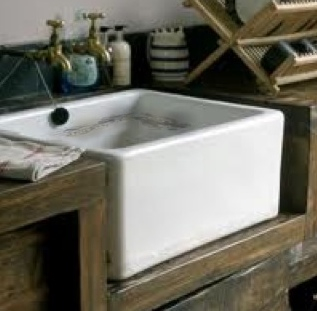 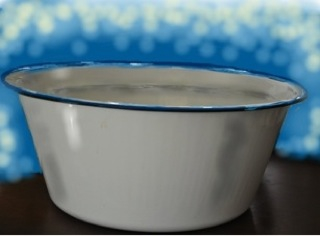 This meant that her hands were often in hot water and toxic chemicals.

I can remember her fingers; they had splits on either side of her finger-nails, much worse in winter-time; and she had neat hands, and size three shoes too. 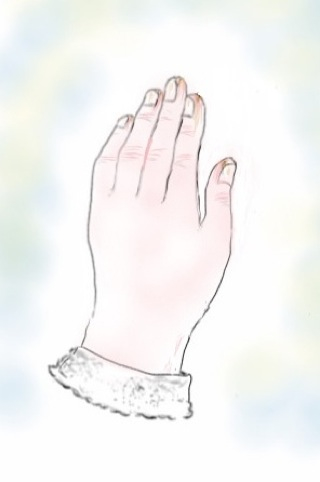 After my mother died, many years later, I had a strange dream.
I was walking through a green forest, when I came upon an open, sunlit glade.
My mother was lying back in a deckchair by the side of the path.
Her hands were folded in her lap, and she was wearing pale pink nail-varnish on perfect, unspoiled fingers.

On my mother's tombstone my father had chosen, in Esperanto, a phrase meaning 'Peace after Striving.'
My mother spent many hours at housework, scrubbing, hand-washing sheets,washing up and cleaning the sink afterwards, and her hands suffered for it; but in my dream she was enjoying, as my father had wished, rest from her toil.

Anyway, back to the problems with soap as a cleaning agent.
Worst of all, it was always IMPOSSIBLE to rinse the soap out of your hair.
I can see why my mother as a child, with her long hair, had to brush it a hundred times a day.
I had quite long, thick brown hair, and however hard I tried I couldn't rinse all the soap out.
When I was a teenager, during the war, detergents began to be used, and I used Drene shampoo for the first time.

There were tempting advertisements in all the magazines.
And when I bought my first Drene shampoo it was almost a miracle!
It rinsed out easily.
My hair was glossy,and slipped easily through the comb.

I was absolutely thrilled. 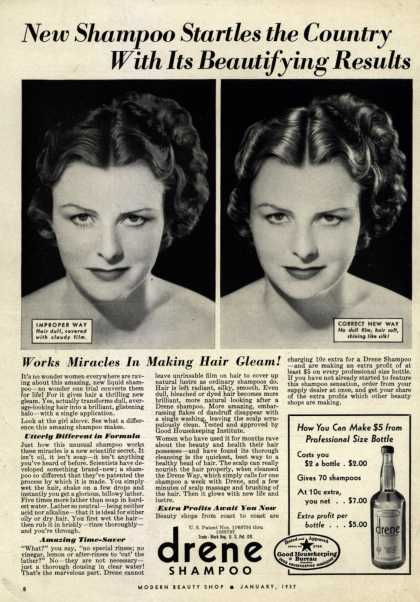 In those early days Drene came in powder form, in a single-serving packet,like soup.
You had to put the powder in a beaker, pour in hot water, and stir the mixture with a toothbrush-handle.
Then you could dunk your hair in a bowl of warm water, pour half the Drene mixture over it, massage to a rich lather, rinse and repeat.
A couple of rinses and your hair was sweet-smelling and positively gleaming.
I was so excited!
I told Mum how good it was, and bought her a packet out of my pocket-money.

But,alas! My mother, who of course ( being, like all mothers in the eyes of their children,quite old-fashioned) could not easily deal with modern innovations.
She had not listened to my careful instructions.
Instead of finding a beaker,and a toothbrush,and mixing the magic powder with hot water,as we modern folk did, she tipped the lot into her usual bowl of warm water and tried to wash her hair in it.
Of course, there was no rich,creamy lather.
She was not impressed.

"This Drene stuff is no good," she complained. "It doesn't lather properly."
I was not impressed either.
Sixpence of my weekly pocket-money down the drain, & all because she didn't listen to me.

I was glad to be young and in tune with the modern world & its scientific progress!
Category: Things I have found of interest