As a child I was quite often afraid.
The grownups in my world had absolutely no idea of the terrors I suffered.
They always said,"She should have been a Boy," and it was an approving statement.
When we were in the country I was expected to be a tomboy, to climb fences and gates and stroke big horses.
I always tried to oblige, although I hated heights, loathed PE and sports, and was absolutely terrified of the dark; I did my best to live up to my reputation.

I think, because I was a sturdy, outgoing and conversational child, they presumed that my inside, imaginative world was free from doubts and fears. How wrong they were! 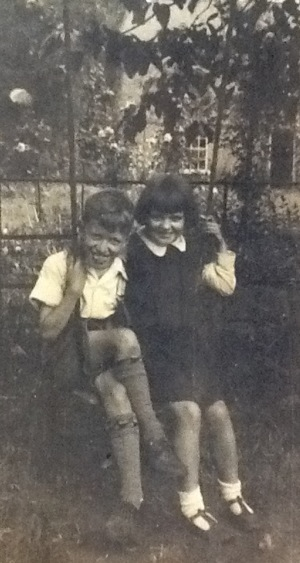 In those days, children and grownups did not often converse, because children's opinions were not considered relevant; so nobody knew I sometimes had dark fears.
I was often afraid of going to sleep, because I was afraid of dying.
Dreams did not help.

One night I dreamt that I had died and was standing in front of God.
I thought of God as a very strict Father, no doubt giving him the deep respect I gave my policeman Dad.
In my dream I was standing in front of God's feet, which were absolutely huge.
I could not see his face.
God Himself was far, far up above; I just reached ankle level.
In my dream I cried and cried 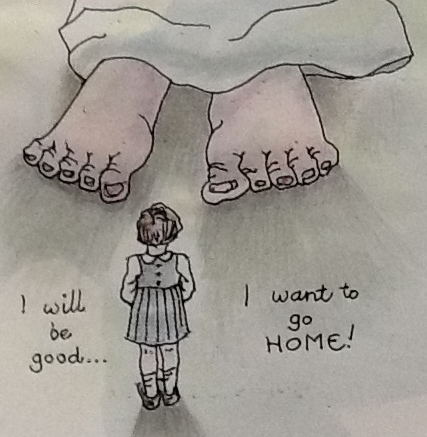 I begged God to let me go home.
I said I would be good for ever if I could go home.
When I woke up tears were running down my face.

I was very much afraid of the dark.
At night-time I would run upstairs from the bathroom because of the noise of the toilet flushing, desperate to reach the safety of my bed.
I was so afraid of the dark that when I arrived and switched my bedroom light off I would spread my legs as far apart as possible, stretch out my arm to hold the switch, and then, after a deep breath, press the switch, take a big step over the rug, and leap into the bed.

Beneath every light switch in the house my Dad had glued a small luminous button, so that even in the dark you could find the switch.
One night I took my leap into bed as usual, and as I cuddled down in bed looked for the glow of the luminous button. IT WAS NOT THERE!
I HAD GONE BLIND!( another of my fears).

I lay for a while in terror.
What had happened?
How could I read if I was blind?
I sat up in bed, and miraculously the little glowing spot appeared.
It had been hidden behind the half-open door..... 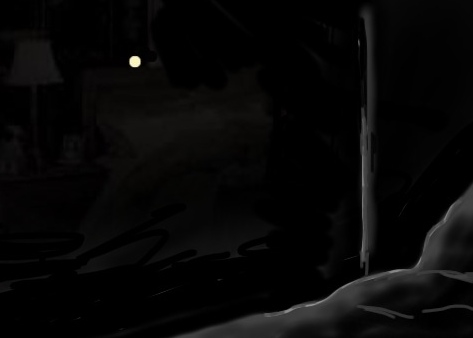 It was only when I grew up and read autobiographies that I realised how many children were afraid like me.

Louis Macniece, in 'The Strings are False', describes his childhood fear thus:
'There were five of us in the family - my father and my mother and my brother and sister and I - but there were many more people in the house.
The red toy soldiers for instance, who by day were tiny, you could knock them over with a finger, but by night they were ten foot high, came marching straight for you, drumming, and not the least change on their faces.
There were people too in the cracks of the ceiling, in the mottling of the marble mantelpieces, in the shadows of the oil-lamps and the folds of the serge curtains.'

H,G. Wells, writing about walking home alone at night,described his fears:
'Like most undernourished growing boys I was cowardly and I found the last stretch terrifyingly dark and lonely.
It was black on the moonless nights and eerie by moonlight, and my imagination peopled the dark fields on either hand with crouching and pursuing foes.
Chunks of badly trimmed hedge took on formidable shapes.
Sometimes I took to my heels and ran.
And one night on the other side of the hedge a sleeping horse sighed deeply, a gigantic sigh, and almost frightened me out of my wits.' 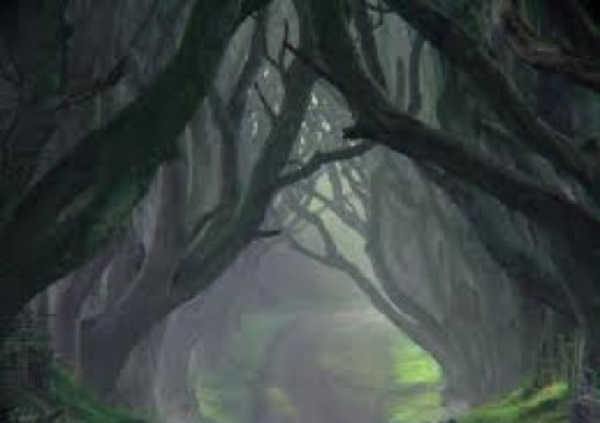 And E. Nesbit,in 'Long Ago When I was Young,' wrote this:
' To a child who is frightened, the darkness and the silence of its lonely room are only a shade less terrible than the wild horrors of dreamland.
One used to lie awake in the silence, listening to the pad-pad of one's heart, straining one's ears to make sure that it was not the pad-pad of something else, something unspeakable creeping towards one out of the horrible dense dark.
One used to lie quite still, I remember, listening, listening.' 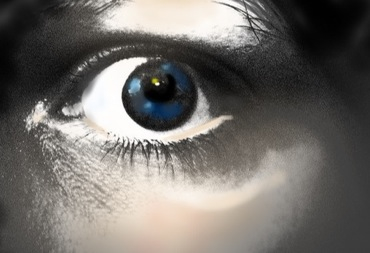 Think back.
Were you afraid as a child?
Both joy and terror figure large in the life of a child.
Let us give them, above all, security....